In Some Rain Must Fall, we once again find this vital need for fresh air as we follow Cai, a 40-year-old housewife who seems to have lost track of who she is and who she wants to be. During one of her daughter’s basketball matches, she inadvertently hurts an elderly woman. This rather trivial event turns out to be a catalyst for a life that is spinning out of control.

Qiu’s films are noir artworks, like a Hopper painting where neon and tungsten lights spatter faceless, nocturnal city buildings to shed light on individual tragedies and muffled cries. This psychological and political work captures simultaneously the middle-classes’ economic insecurity and the more intimate one of the Chinese family unit. A depiction of unsteady individuals in a shaky society, like two clay colossuses, unaware of their own suffering. 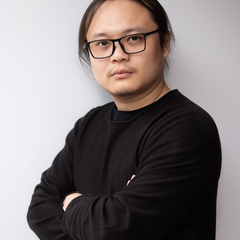