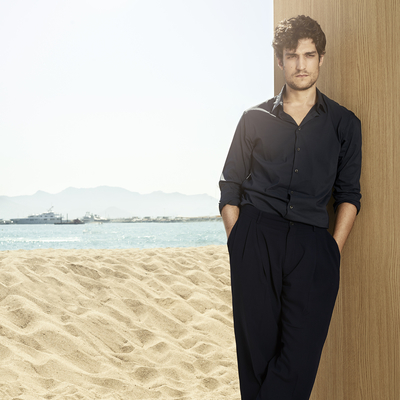 Interview with the director Louis Garrel

Les Deux Amis follows up your previous short film La Règle de trois (2011) where the same trio of actors appeared…
“My producer suggested I should write something light-hearted, starting from the short. The idea was to delve into the friendship of the two male characters. Similar mechanisms can be found in both friendship and love, sexuality left aside, of course! Strong cohesion, desire, jealousy, are among those. I had in mind The Moods of Marianne by Alfred de Musset in which I acted a few years before. I very much wanted to make a sort of Claude Sautet low-budget B movie! In Sautet’s films, characters are well rooted in society, my characters, on the contrary, are outsiders. They only belong to this world through their feelings.”

The film takes place in an almost unreal, nocturnal Paris. Is it because you wanted to escape from all the clichés attached to the city?
“Parisian architecture is so powerful that it may sometimes overshadow the actual story. Being a Parisian myself, I didn’t want to make a celebration of the city, on the contrary, I searched for odd, unidentifiable places. Aesthetically, Paris by night was a choice I made because you can see it in the ‘80s, in such films as Rendez-vous by Téchiné, for instance. Feelings are always feverish in this film…I love that!”

Was it obvious that you would play in your own film?
“Choosing the actor who wrote the film is taking somebody who rehearsed for three years. It is an advantage, even though the danger is that of constant control. But on the other hand it may be hard on the other actors. Vincent used to say: “Don’t look at me playing, just play!” 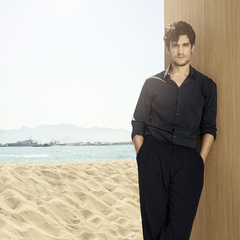