About Metsurin tarina (The Woodcutter Story)

Although his factory closed down, his wife cheated on him, his best friend became a criminal psychopath, his house burned down, and his mother passed, Pepe’s blissful optimism seems unflappable. Setting his farcical, philosophical tale in the bare landscapes of northern Finland, Mikko Myllylahti created a unique and colourful world, with its very own logic and hopeless humour.

“I grew up in the north of Finland. We shot the film not far from where I lived as a child, 800 km away from Helsinki where I now live. They’re men and women of few words over there. It’s a very rural area and time flows differently there.

I’m a poet. I wrote my first collection of poems at 23, and have published three more since then. After studying film, I started off as a screenwriter; as I was a poet, it seemed to make the most sense. I wrote my first script, Olli Mäki’s film. While shooting my first short film Tiikeri (The Tiger), I met Arsen Sarkisiant, the cinematographer who has been part of my team ever since. He was the missing link in my work and it’s somewhat thanks to him The Woodcutter’s Story was made.

I wanted The Woodcutter’s Story to be as close to poetry as possible, since it’s an art form that runs deep within me. In general, I have always enjoyed cinema that is able to reach transcendence, to reach beyond storytelling and words and reveal the mystery of existence. The whole body of work of Robert Bresson is a great example. With the cinematographer, we also talked a lot about graphic novels, the photographs of American photographer Gregory Crewdson as well as Finnish paintings that depict the Arctic in a very surreal way, if you take Kalervo Palsa, for instance. Besides visual arts, what I thought about the most was Franz Kafka’s novel Amerika. In my own way, I also wanted to create a haunting, surreal atmosphere.” 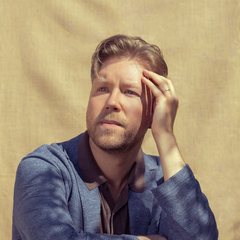