Her feature film project, Tous des Anges, follows Marianne, 38, who has an exciting life, her 12-year-old son César that she is raising on her own and a sick father, who does whatever he wants. Her osteopathy practice is constantly busy, despite an associate who is seemingly completely disconnected. She oversees and manages everything and everyone around her until the day that she makes a life-changing discovery, during a trip to Brussels. In this hilarious comedy, Marina sets the stage for a woman who gives too much and doesn’t even have the room to receive, by mixing genres and rhythms and painting characters that are as crazy as they are endearing. 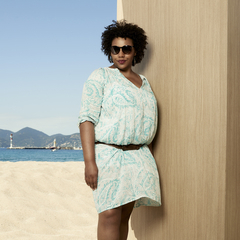