His feature script, The hidden side of life, tells the story of Benoît, a young, unemployed man who falls in love with Sophie, a “girl in a T-shirt” who has just accidentally killed her boyfriend. With this script, Yann delves deeper into his appreciation for mixing genres, where broad comedy with hints of trivial humour, burlesque and satire, is effortlessly weaved through a serious and melancholy film noir, against a backdrop of social realism. The real heart of the film lies in its tender and likeable characters, Benoît, a self-doubting, fragile young man and Sophie, moving in her honesty and determination to survive, both thrown into often amusing situations. 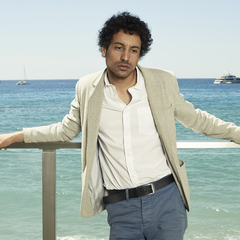