Elie Grappe studied classical music at the Lyon National Conservatory for ten years before studying cinema at the Ecole Cantonale d’Art de Lausanne between 2011 and 2015. As part of his curriculum, he directed Répétition, then his graduation short film: Suspendu. Both films were selected by several international film festivals. He then was the casting director and acting coach for Blaise Harrison’s film, Particles. 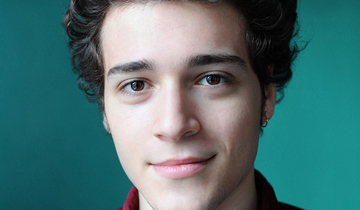