Selected in competition during the 52nd edition of La Semaine de la Critique, The Lunchbox is a classic romance combined with alienation among urban sprawl and subtle social criticism. The themes of solitude, sorrow, hope, love and struggle for life are blended with humour and gastronomy, giving the film a multi-dimensional quality.

The incredible network of the lunch deliverymen (dabbawala) in Mumbai makes a rare mistake which brings two lonely people together. A young woman’s attempt to find the way to her neglectful husband’s heart through his stomach misfires. The eponymous lunchbox with a dark cyan cover is delivered to a widower counting down the days to his retirement while dealing with an ambitious successor, in a government office. Thus begins a platonic love affair by exchanging letters inside the lunchbox… And the good old romance of Hollywood prevails over the Bollywood masala. The unforgettable Irrfan Khan, the energetic Nawazuddin Siddiqui and the elegant Nimrat Kaur give excellent performances as protagonists going through critical turning points in their lives.

Many cultures have a proverb similar to “the way to a man's heart is through his stomach”… It refers to the fossilized notion that a woman should cook well to please a man. The privileged package of a man’s life includes food, women, pleasures, liberties et al. The space that remains to Ila is her small kitchen where she tries to turn an ordinary lunch to an aphrodisiac for her husband who is obviously cheating on her.

Instead, Ila’s delicious meals add flavour Mr Fernandes’s monotonous life. Food is not a metaphor in The Lunchbox, it physically connects people, it literally spices up their lives. Ila chops, kneads, seasons. Mr.Fernandes bites, chews, swallows. The smell and taste of the food emit implicit eroticism. But above all both of them are encouraged to pursue happiness thanks to the dabbawala who denies making a mistake and “mansplains” that their system is flawless: Harvard University conducted a research!

Director Ritesh Batra pays an homage to the meticulous work of the dabbawalas carrying lunch boxes from homes and restaurants to workplaces in one of the most chaotic cities of the world. The documentary parts of The Lunchbox also include excerpts from the overcrowded public transportation facilities of Mumbai. Living in such a highly populated city magnifies the solitude of the main characters despite the continuous flux of people and vehicles around them.

Batra shows us different forms of conjugal love from different generations and castes, emphasizing that marriage is the opposite of freedom for women with or without love. And he shows the future in the gaze of little girls. lla’s daughter is often filmed staring at her mother, her big black, shiny eyes are wide open observing her despondency. The neighbour’s daughter looks at Mr. Fernandes smoking on the balcony as her family gathers for dinner. She observes his loneliness.

The Lunchbox is an appetite stimulant for the audience and its characters. The open ending gives the characters courage, change and freedom. 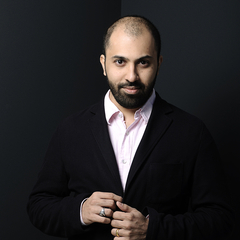