Dwelling in the Fuchun Mountains

It’s an odd twist of fate that the greatest international revelation in 2019 was not part of the official Cannes Competition, and it made La Semaine de la Critique’s day (for its off-competition selection). A possible explanation could be that its wild ambition under that unassuming surface didn’t lend itself to confrontation. Gu Xiaogang had not turned thirty yet when he made his first film; it took him two years, with amateur actors, and at times, even his family. Unlike his predecessors who reshaped Chinese cinema, from Chen Kaige to Jia Zhangke, Gu didn’t study film. The title of the film, Dwelling in the Fuchun Mountains comes from a famous handscroll painting created over 600 years ago by Huang Gongwang (1269-1354), painted in the classical Chinese style called “mountain-water”. The filmmaker addresses the great themes of Chinese culture throughout the film: the struggle between modernity and tradition, the way art relates to reality, the struggle between generations. He favours long lateral tracking shots as a stylistic device; it combines space and duration, as shown in this passage where the teacher suggests to the young girl who has fallen in love with him that he swim along the bank while she does the same on foot until they meet again and wander along the bank in a beautiful illustration of spacetime.

To shoot his first feature, Gu Xiaogang, came back to his hometown of Fuchun where his parents owned a restaurant destroyed because of an urban regeneration scheme. This story resonates in the film as we see razed neighbourhoods and new construction sites. The film opens in a restaurant, owned by one of the four sons, as the whole family celebrates the 70th birthday of the matriarch. As she faints, we perceive her decline and her impending death. The film ends with a landscape, a park where the quietest brother stands alone. The bountiful tale works in fragments and keeps addressing the characters’ issues (gambling debts, the parents’ desire to see their daughter marry better than the one she loves, a father’s concerns with his disabled child), and the presence of the timeless, infinite beauty of nature. The director avoids explicit conflicts; for instance, that scene that could have well been in a melodrama, when the grandmother supports her granddaughter in her decision to follow her heart rather than her mind, against her mother’s wish. Taking on the individual and collective perspective, the film conveys the shifts his country is undergoing through subtle observations: the elders speak the local dialect, young people speak Mandarin. Launched as the first part of a trilogy, Dwelling in the Fuchun Mountains blends what is mundane and what transcends, joining in the footsteps of two masters of Asian cinema, Kenji Mizoguchi and Hou Hsiao-hsien. 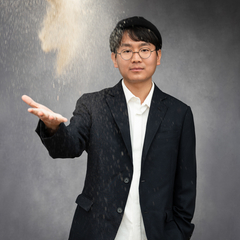