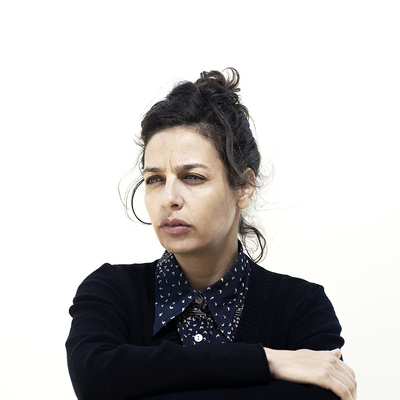 Portrait of the director Shira Geffen

While Jellyfish (Semaine de la Critique 2007 and Caméra d’or) was quietly poetic, Self Made is a work of magical realism, sharply anchored on both sides of a stylised checkpoint between Israel and Palestine. Following her debut, co-directed in 2007 by Etgar Keret, Shira Geffen decided to go solo on this second feature.

“Etgar and I have worked together on a number of projects, she said, while always having our own solo projects on the side, which we drew upon to help us with our collaborative projects.”

These 'solo projects’ of hers include writing books for children and directing for the stage.
From Jellyfish to Self Made, audiences will recognise a particular style, which she defines as “influenced by poetic writing and fairy tales. In the case of this film, the idea had first come about in the form of a play. The theatrical and fantastic elements were brought from stage to screen and heightened, thanks to the wonderful work of my collaborators.”

The film follows an Israeli woman and a Palestinian woman who meet at a checkpoint. The trendy artist from Tel Aviv meets the Palestinian worker and, there and then, they swap lives. “This swap is first and foremost a psychological process. Of course, it has a political dimension. The film explores identity, which is a universal topic, but in Israel, it acquires so many meanings. It is important for me to be able to express how I feel and my thoughts and feelings about the country I live in, as long as I chose to live there”. The film's title is perhaps an ironic reference to the slogan of the DIY firm, which features prominently in the film, but could also refer to the “process of constructing one's identity, undertaken by the two protagonists.” 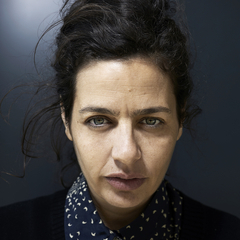