Rebecca Zlotowski does no hierarchy between her work as a scenarist and as a director. According to her, every collaborator is a co-author in a way. Free from the French idea of an independent film, she directs BELLE ÉPINE, a first film fostered by French cinema and genre cinema. I’ve liked Pialat, Rozier and Sautet as much as the American teen movies. The style of the film testifies of this peculiar hybridization, which manages to depict landscapes and to portray characters as well in a same breath, taking its place in a long tradition of women portraits : I like heraldry and portraits. The films I like shed the light on a figure and I mean it : a face and a moral position. BELLE ÉPINE is not only the portrait of a young woman, but also the one of an escape, an adventure and a speed proper to youth.
For this “solipsist” film that offers to Léa Seydoux the richest role of her young career, Zlotowski had to make up a casting in which every character would exist thoroughly and immediately. She had to find actors with a way of speaking or a way of walking, already full of fiction. Agathe Schlenker’s terribly moving way of walking or Nicolas Maury’s unique diction for example. As for Léa Seydoux, Zlotowski couldn’t think of anyone else :I’ve immediately decided that she would be Prudence and it has been the beginning of our collaboration. The difficulty to build Prudence’s character was her seeming lack of expressiveness, the huge inwardness of the character : we had to express everything and erase it all then. All that fosters the poisonous beauty of BELLE ÉPINE. 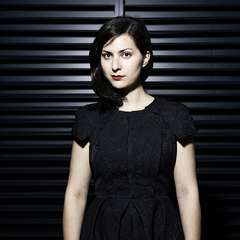