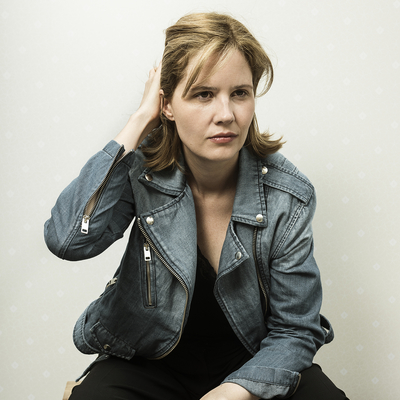 Interview with the director Justine Triet

“In Bed with Victoria follows the line of Age of Panic. The same dynamic woman, mother of two, facing a dilemma, stuck between two trials, caught in an emotional spiral which takes her down and then up again. It is truly a woman’s portrait, more complete than in my previous film. And also, there’s a man’s look helping her, Sam’s.

When writing, what I most like are dialogues. I never write step outlines. I am incapable of doing it. I launch myself rather quickly in a scene, I have the exact rhythm in mind, it’s quite exhilarating. The problems start when I try to put the structure together. For this rather classically built film, several people helped me.

We were lucky to have a bigger budget for In Bed with Victoria and I could of course work differently. I could finally do what I dreamed of previously, namely use a tripod for the camera. Spend more time working the image. Generally, improvising less when shooting allows to rewrite less during the editing. Also, we could partly shoot in a studio, the court scenes, with a set designed for the Cinemascope format.

However, I stayed faithful to my taste for multiple takes, in order to search in several directions with the actors, because this allows to find the good rhythm for the scenes. But I also became more intransigent with the dialogues than in Age of Panic. Furthermore, I asked the actors to improvise very little. Virginie Efira is stunning because she offers new expressions in her performance with each take and Vincent Lacoste has the grace I was searching for his character. “ 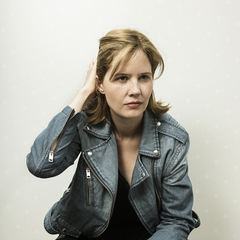 Victoria In Bed with Victoria