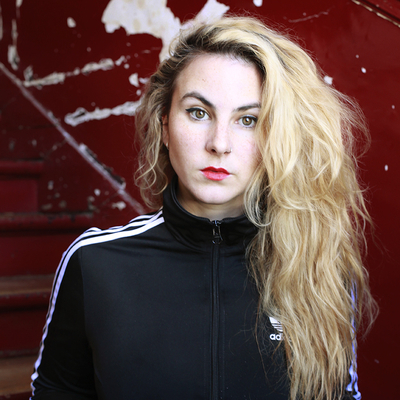 “It all started with my wish to draw the portrait of a woman. To stay close to a character and experience with her the different states and the different spaces she goes through. Esther travels through France, from south to north, she has no land of her own, no roots. Through this woman’s body and sexuality, I wanted to shoot this mix of loneliness and strength. Capturing how she blossoms rather than crumbles. My hero starts off as hyper-sexual but only comes to grips with herself much later, through the dematerialization of her body. As such, this film is a reverse coming-of-age movie as we know them. I was interested in tackling the hyper-modernity of a late teen who starts being spat in the mouth and ends up in a nunnery. By tapping into the issue(s) this young woman carries with her, I refused to label her in any way. There’s something religious but no mystical epiphany in Esther, her sexual identity is not spoken out loud, but she is fascinated by the other - male or female.Esther can love unconditionally despite having been burnt in her young life; in that, she is a character who has faith and moves because she has faith. Movement was at the very core of my mise-en-scène, thus I chose a scope format: so that, along with her, we may immerse ourselves in her various locations, but also to alternate between still and handheld shots, according to the encounters she makes and her inner state. Tallulah Cassavetti - who plays Esther - is a very physical young actress whose body speaks without need for words; this was a concern for a character who doesn’t talk much. It is so rich for me to see her use the locations and situations to answer, more often than not, with nothing but her gaze.” 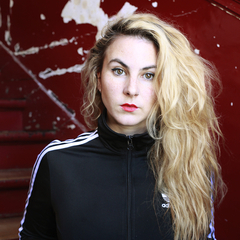