Nos Cérémonies is the odyssey of two brothers who love and envy each other. Complicit, they hide a secret that is increasingly difficult to keep as they grow up and discover life and love. Simon Rieth’s first feature film is equally impressive and moving as it is spellbinding. It’s a daring exploration of the fantasy genre, of what is strange and wonderful - which is seldom seen in French cinema. A film of infinite gentleness and infinite beauty, at the very core of brotherly love.

“I often touched on brotherhood in my previous short films, but for Summer Scars I felt the need to tell a very deep love story between two brothers, much like the one I have with my younger brother. I wanted to talk about that love, that hate, that jealousy that one can have towards a brother, someone of one’s own blood. I wanted to show how two brothers created their own world and rituals in order to live. The same patterns hover over all of my films, i.e., youth, coming of age, desire and ghosts.

Summer Scars is almost a documentary about youth, a family drama, a coming-of-age story, a fantasy tale, a summer story, but, above all, it’s a tragedy, in the classical sense. I wanted to start with the story – the archetypal story, so to speak – of two brothers, and to make them the heroes of a contemporary mythology.

I wanted the film to be radiant, luminous, colourful, shot with an anamorphic lens. I was thinking of the American films that made me love films and dream of making them, films like The Deer Hunter by Michael Cimino. With our cinematographer, Marine Atlan, we also talked a lot about Claire Denis’ Beau Travail, for her take on bodies and landscapes. We wanted our image to be dense with stark contrasts and to stay clear from digital tools. The movements of the sun guided us throughout.” 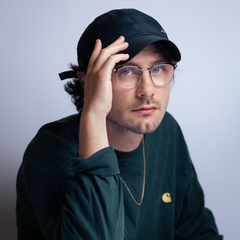