Las criaturas que se derriten bajo el sol is a spellbinding love story. It’s the unadorned, explosive, sensitive and delicately directed tale of Nataly, a transgender woman and her daugter Secreto, who, on their way to find Nataly’s previous lover, end up in a mysterious community who shun the sun. The mother-daughter relationship grows stronger as they must face Nataly’s painful past.

“This story started with a very concrete visual idea: a disease that melts skin like wax. And it’s later, when I met the lead actress in Paula Dinamarca’s film that the plot emerged. We both grew up in hostile environments, in wildly different families but we share this lack of love. In that film, I wanted to understand how a mother-daughter relationship in which there are no blood ties, can be much deeper than an idealized love story, and therefore more fragile, like disintegrating wax. From the very first drafts of the script, I thought of motherhood as a deep and delicate learning process that goes beyond purely genetic and gender-based determination. From then on it didn’t matter whether Nataly was transgender or not.

In Chile, although cinema is rich in terms of topics and styles, it’s always the same social class that tells stories, and therefore it doesn’t express the wide range of experience there is. How Nataly had a daughter remains a mystery, but the mother-daughter relationship is real and tangible. Together, they enter a world they don’t fully understand and finally manage to overcome their fear. Using fantasy was for me - as it is in Latin-America cosmogony - a way to explain what we don’t understand.” 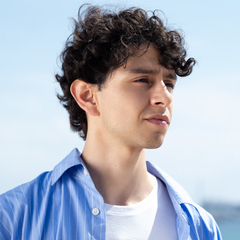