About Everybody loves Jeanne

What on earth could Jeanne be thinking, since she failed to save the world? Her head is all a big blur: a wig-wearing hybrid creature, her professional failure, her mum’s ghost, the sun over Lisbon, and her old high-school mate’s eccentricities. Something between a screwball comedy and an introspective animation film, Everybody Loves Jeanne (Tout le Monde aime Jeanne) is the story of a woman on the edge, a film where forbidden thoughts, taboos, fear of impending doom, gentle melancholy and transient joy converge in a maelstrom of colours, drawings and chants.

“It was while studying at the Arts Décoratifs school in Paris that I really discovered animation films. And since my two main activities since I was a child have always been writing and drawing, I understood that I should go down that path.

In 2012, I made my graduation film Life and Death of the Illustrious Grigori Yefimovich Raspoutine. This is when I met Ron Dyens, who’d become my producer and allow me to make Sunday Lunch the way I wanted. The film had an amazing journey and allowed me to somewhat break the borders between animation and traditional film. I do believe that cinema is, first and foremost, about stories and experiences. So who cares if you make photostories, drawings, expensive or low-budget films, as long as it works. I learned a lot from Alain Resnais and his use of wildly different elements.

In 2017, with You Will Be Fine, I was finally able to experiment with traditional live-action film and animation. And I still needed this mix in Jeanne to convey the many different experiences around anxiety. In our lives, we seldom experience things 100%. We are always distracted by all these thoughts that prevent us from experiencing emotions fully. I wanted the audience to be with Jeanne and experience several things at the same time, without letting anything slide by. So we had to keep this constant connection between what is going on inside and outside. To convey that  little inner voice, I made up a jeering, somewhat dirty creature. In the script, I called it The Little Ghost, but I actually think it’s really about shame.” 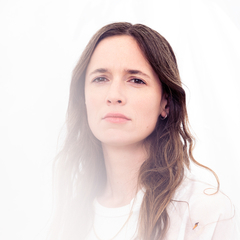