90-year-old Rita is torn between her political commitments and the survival of the choir she spends most of her time with. Steering clear from clichés, Chords ushers viewers into a community at odds over whether to accept the financial support from the company that settled in the valley. With its naturalistic visuals, inspired by documentary-style filmmaking, this film is the sensitive, modest and moving portrait of a elderly woman who won’t let go.

“2 years ago, I met Sara. Ibañez at a conference, a retired doctor who explained the devastating effects of pollution caused by a huge oil refinery installed in the middle of her village. But as I was doing my research on the topic, I also realized that there were many voices convinced that the company had brought work, wealth and development to the territory. There was a great complexity of points of view that provoked confrontations and quarrels among friends, neighbours and families. By offering different sponsorships to all the local sportive/cultural/social groups in the town the company was deactivating any social mobilization. This was a crucial dilemma I was interested in: it tells us, besides our own subjectivity, how sensitive we are to other people’s gaze, emotions, needs and expectations, and vice versa. To convey this struggle between the individual and the group, I chose a combination of larger and shorter shots, and sounds that are often off-screen. When a woman over the age of 70 appears in movies, she is usually in the weaker position. Begoña Suarez, the woman who plays Rita, is 91 and is still the president of this grassroots movement called Meatzaldea Bizirik that fights against this company in the valley. Through her, I wanted to paint a dignified portrait of that stage of a woman’s life.” 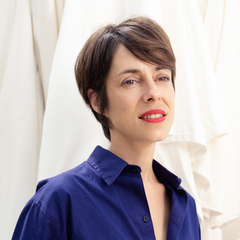