A journey of the senses, AMO plunges us in the midst of liberated energies… Pleasure and desire usher in our unmitigated enjoyment of watching folds, curves and bodies as never before. We’re given time to take it in: the body is a world on the very edge, where carnal beings and abstraction morph. With Gaspard Claus’ soundtrack, you are guaranteed a tantric experience!

"For a long time, I wanted to shoot the human body as a moving landscape. My intuition was that playing with the position of the body and camera angles would allow for a variety of shapes and possible transformations. I wanted to shoot the skin like the surface of a planet, limbs and body parts like weird topography. However, I didn’t want it to be a mere visual exercise: I wanted to talk about the body, desire, primary impulses, about what is alive. That’s why, at the end of the day, there’s something very carnal when it starts off as very abstract.

Every film is unique and has its own visual style. I often filmed “real life”, which, for me, is material to create images and sounds, rather than a way to tackle a topic. The soundtrack is the result of my work with Gaspar Claus and David Chalmin. We wanted to fiddle with the notes of Gaspar’s cello to make electronic sounds so as to create a soundscape that evolves along with the images and conveys its own tension and story.

I often go back and forth between short films and feature films. Short-film format allows for visual experimentations that, because of storytelling and production issues, are more difficult to maintain and for the public to accept in a feature film. So short films are a playground, a space of creative freedom." 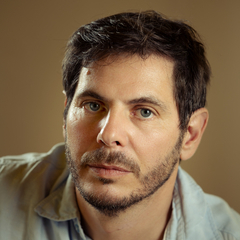