Two sisters that just love to hate each other, a step-brother and his new wife caught between the two. This dysfunctional will experience a life changing summer. Traumatic incidents, present conflicts, horror-manga, bloody family feud, are all a part og this passionate drama. Sumika, an aspiring actress, returns from Tolyo to her rural home town to attend the funeral of her parents. Upon Sumika's return, her younger sister Kiyomi seems to be afraid of her. The older step-brother, Shinji is caught in the middle. He's got a secret that he can not tell his new arranged marriage wife, Machiko, who is puzzledby the relation ship of the three, but happy to have her sister-in-law home. Sumika is bored in her home town, so to kill time, she starts writing a fan letter to an up and coming film director asking him to cast her in his film. Kiyomi, has talent in drawing manga, but this is what caused the conflict between the two, so she must stay away from it. Although it's an arranged marriage Machiko is happy to be with Shinji. Each member tries to find the meaning of life and love in their own way but will they ? 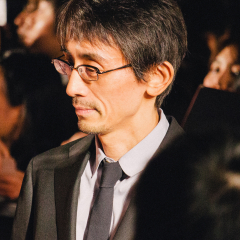