Rémi St-Michel has many other projects in mind and is actually writing his first feature film with the help of a number of institutions. Max follows a guy from his first robbery in a convenient store at the age of 19, until the present day. He is now the father of a young girl, has a girlfriend and works as a heavy equipment operator. This is the story of a young man who has managed to convince himself that his illusions of wealth and “glory” were realistic until he turns his back on all of that to return to a “normal life”. With Max, Rémi wants to explore his fondness for marginal characters, antiheroes, those who act and think in a manner that defies logic and the complexity of the situations to which they may lead. 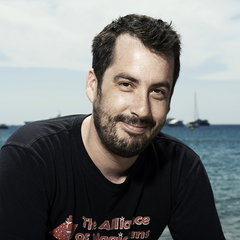