Carlos is currently developing two feature projects, one of which will be shot in Africa, near the southern Angolan city where he was born. The other one, Barking at Airplanes, tells the story of a teenager who finds redemption by carrying out his dying sister’s final wish: the loss of virginity. He searches the night for a shadow of himself and finds it in a young prostitute boy. He takes him home, to an enchanted forest. Once they arrive, the hustler finds himself somewhat unable to sell what he wants to buy. With Barking at Airplanes, Carlos wants to explore the gap between tragic reality and the beauty of fantasy. 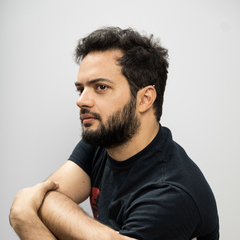