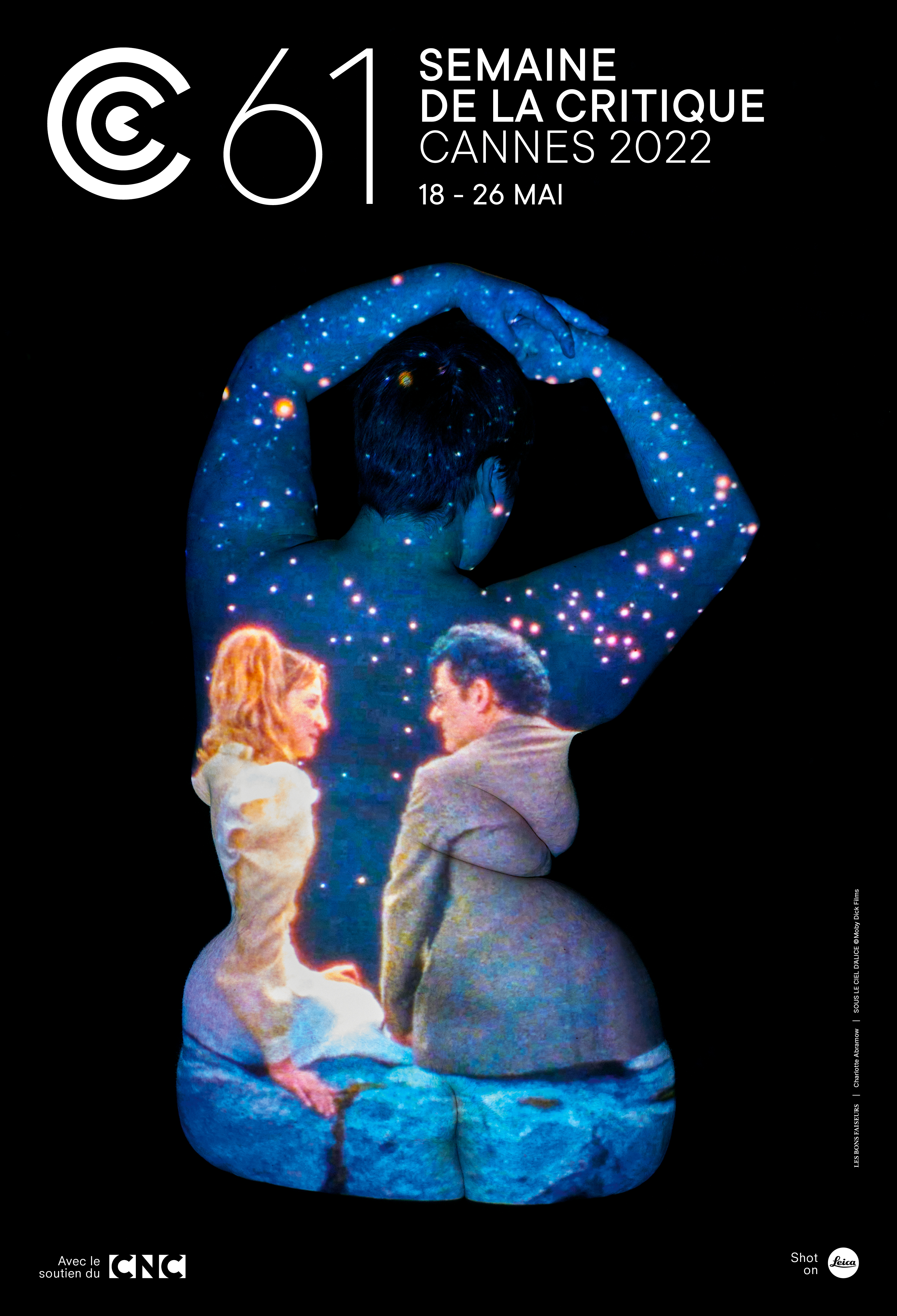 On the poster of the 61st edition of La Semaine de la Critique, the characters of Chloé Mazlo’s film Skies of Lebanon are projected onto a body by the photographer Charlotte Abramow - something between a laterna magica and the good genie of Arabian Nights. Blending these two poetic, joyful worlds is a tribute to cinema, a love letter to filmmakers, to its audiences who find themselves spellbound, moved, surprised, puzzled, or unsettled… to all the believers who have it in their bones.

On a starry night, La Semaine de la Critique takes you on the wonderful adventure of first films, a journey of emotions and sensations. As the lights fade, the feature and short films that Ava Cahen, Artistic Director and her selection committees have travelled to world to unearth, will be revealed to you in this new edition dedicated to discoveries.

La Semaine de la Critique - the Festival de Cannes parallel section of first and second films - which will take place in Cannes between the 18 and 26 of May, is there to share with you the magic of cinema!