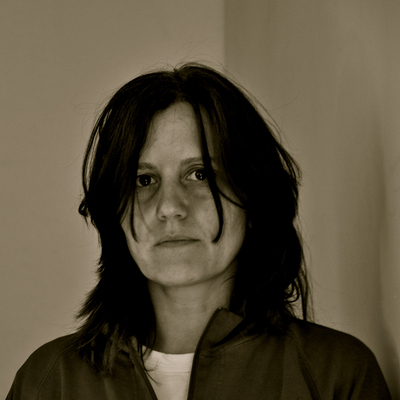 Born in 1965, she started her filmstudies at the ‘Escuela Cinematografica de Barcelona’ and continued at the ‘IAD’ in Louvain-La-Neuve. At the end of her studies, she produced the theatre play Le garçon d’appartement by Gerard Lauzier. Meanwhile she co-directed acclaimed documentaries like Une mouche dans la salade, Shocking Manjira and the Cardboard Box and Un portrait de la Belgique, which was shown on ARTE. With her first short fiction ‘Melanomen’ Caroline won several awards all over the world. Two years later her midfeature Taxi Dancer received a special mention in Sundance. The screenplay Lost Persons Area was selected for the EAVE sessions, the Cinemart and the Berlinale Coproduction Market. She also participated in a Binger Lab ‘Acting for Directors’ by Judith Weston.