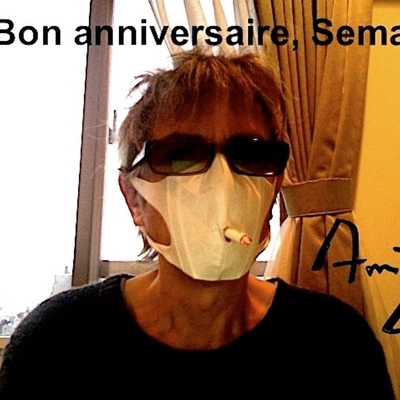 But it was my 4th time at the festival. Had been there in 1978 and 79, hawking magazines on the streets and beaches. Discovered Fassbinder's films, and ran into Chantal Ackerman, her radiant smile (but she didn't buy one of my Cahiers du Cinéma's 300th issue, Godard special —she already had it). Hitchhiked there again in 1980 with my friend Élie Poicard to see Every Manfor Himself and The Big Red One.

So, 1984. My hotel was quite far from the Croisette, on a large boulevard beyond the train station. No memory of having talked about my film at all, nor having met anyone. Except on my last day, a pretty girl I knew from my lycée. We had never exchanged a word before. She had become a journalist (but how could such a clever & insolent girl turn so quickly into this docile professional?)

I was glad, no doubt, that my film was there. I was young. (The film received the Youth Award; I got the same prize for Holy Motors — 30 years later. Youth is priceless.)

I remember having liked a film screened that year, also in black & white: Stranger Than Paradise, by Jim Jarmush. Had the feeling that this was a real film, whereas mine was pretending to be one.

So, Critics' Week is now 60 years old. My age. And, as Tom Lehrer (quoted in Boy Meets Girl and Annette) would have said: "It is a sobering thought that when Mozart was our age, he had been dead for 35 years".

Wishing Merde* & courage to the next Critics' victims 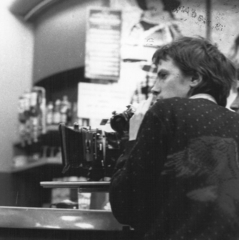