Paulina, the much anticipated second feature by Santiago Mitre (El estudiante), deeply questions the idea of justice. Based on Daniel Tinayre’s film entitled La patota (Argentine, 1961), it is one of the most startling films of the 2015 selection.
“I had not seen the original version of La patota until the idea of working on its adaptation was brought to me. I watched the movie once and decided not to see it again. There was something about the character of Paulina that put me in trouble. I started writing, trying to understand her, but I realized it was impossible. In fact that was precisely what interested me: I didn’t want to lock Paulina - and the film - with explanations, but to raise questions. Besides, the original version worked with moral standards, too close to religion. I'm not interested in religion, but I realized I could work with the issues that arise from La patota from another perspective. For example by trying to build a political fable where the conviction was in the middle.”
“I would say that I feel more comfortable with tales in a traditional form: a simple narrative line, strong characters, clear point of view, and working contemporary problems. I am always very concerned about rhythm and tension in the story.”
“Walter Salles was a producer on several films I wrote for Pablo Trapero and we have been in contact since then. Furthermore we worked with Martin Mauregui and Alejandro Fadel on a script for a film Walter will direct. I started working on Paulina shortly after, and Walter joined us immediately. He was a great partner when working on the script, the ways of production and the editing of the film.”Interview by Ariane Allard 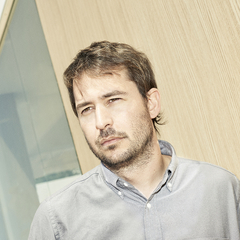