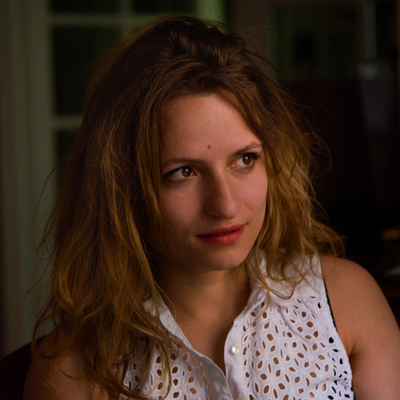 Interview with the director Léa Mysius

Ava, or the summer of a stubborn and lonely teenager narrated in 35 mm by Léa Mysius.

"Ava is a 13 year-old suffering from retinitis pigmentosa, a disease of the eye. At the beginning, she is disgusted with the body: that of the indecent bathers prostrated on the beach, of her mother’s, who’s having sex with a man, her younger sister’s, who is an ambulant digestive tube, her own, of course.  The perspective of going blind pushes her to exploit and develop her other senses, to accept her body and that of the others.

The script - which was my graduation project at La Fémis - came from the image of a black dog crossing a packed beach. The dog is a kind of guide, the connection between the wild and the artificial, between reality and fantasy. It accompanies Ava on the path towards sensuality and sexuality.

During the writing, I began to suffer from violent "migraines with aura" which forced me to write in the dark. The desire to see became in this context the throbbing heart of the film.

Ava encounters a young man, Juan. This character was inspired to me by a guy I met in secondary school. He was older, loudmouth and smart. The other pupils and the teachers violently rejected him because he was a gypsy. I was very impressed by this, which gave the character of Juan, an Andalusian gypsy who fascinates Ava.

Around her, nobody else sees the darkness progressing, nobody feels concerned, besides Mathias, a young man she meets on the beach, who whispers in her ear: "Soon, our civilisation will come to an end."

The challenge of my script and of the editing process was to create variations. To be able to tilt to a less and less naturalistic narrative. The music helped us a lot. From the start, we wanted to use unusual sounds, atonal notes and pop music as a counterpoint. Ava, who is afraid she could only see ugliness, prefers romanticism to naturalism, surrealism to realism. She wished to instil magic back into the world.” 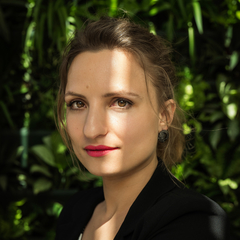