Alois Di Leo is a traveler whose young work is crossed by different, and diverse cultures. Born in Peru, he was raised in São Paulo before settling in the United-Kingdom to study at the National Film and Television School. The funny and poetic short animated films he has directed, partly with his studio of animation SINLOGO, reach achievement with his thesis film, THE BOY WHO…, a cruel tale of a secret childhood, which as he puts it, is part of those stories that touch the audience emotionally and leave them with mixed feelings and lingering questions.

What made you first want to make films (a film, an actor, a place, an anecdote…)?
Waking Life - by Richard Linklater - was the film that inspired me to experiment with animation. I started exploring different techniques in search of the most appropriate medium to express my ideas.

Choose three words which best describe your view on cinema. Why?
Captivating emotional journey. I believe that the best stories are the ones that remain with the audience long after the credits of the film have rolled. These usually touch the audience emotionally and leave them with mixed feelings and lingering questions.

Where did you get the idea for this film? Was it difficult to shoot?
The original idea came from a short story that the writer of the film had come up with as a one-day exercise at the National Film and Television School. When I read the story I immediately fell in love with the idea, and wanted to make it into a film. I had a strong sense of how the film should end and we worked together to develop the story so that the ending felt emotionally truthful.

How did you feel when you found out your film had been selected by La Semaine de la Critique?
I couldn’t stop smiling. It’s a huge honour. 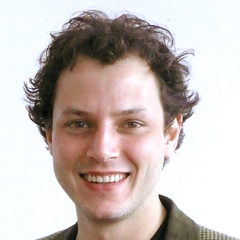