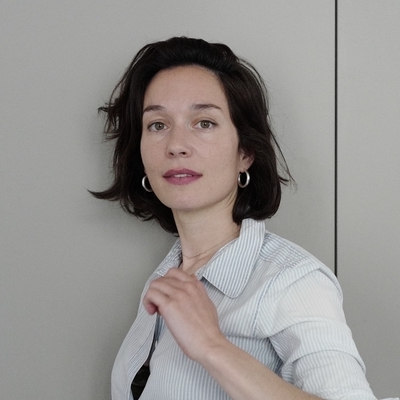 With Robuste (Robust) Constance Meyer looks the world of cinema through the actor’s craft, taking someone who is not part of that world, Déborah Lukumena, a security guard whose duty is to watch over Gérard Depardieu, and who trespasses on his life, going from a professional to an intimate relationship.

“The film started with a picture: a robust man lying unconsciously in the arms of a woman. A reversed gallant scene, if you will. This image of such a vulnerability and uninhibitedness kept coming back to me, and I wanted to deconstruct it into a story.

That’s how Aïssa and Georges came to be, how their worlds, their loneliness met. We needed a woman like Aïssa – rooted, determined, non-judgmental – to “carry” and put up with Georges, to make him face who he is, and face the world he had given up on. We needed a man like Georges, with his outlook on life and his unconventionalism, for Aïssa to let go of a lover she’d stopped expecting anything from, and to, once again, experience the enjoyment of the fight.

There’s also a sentence that left a strong mark: “To act, you must be ready to drown.” Depardieu said this in one of our conversations.

So, to act, we had to dive at the deep end and stop struggling? Give up on life? And these words were coming from a man whose vitality is almost unfathomable.

Looking back, I believe Robust is an attempt at grappling with that idea, the idea that the actor’s craft is drowning and letting go, as well as stepping back into life.” 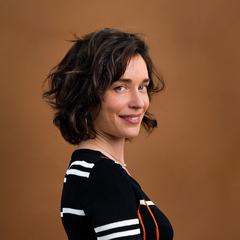