Being part of La Semaine de la Critique selection committee is exciting, intense, and though it can sometimes be frustrating, it is always invigorating. That’s what you need to go through the long days of screening, the sometimes tempestuous - yet always constructive - debates that prop up the final selection. You must learn to cope with exhaustion, unfulfilled hopes and doubts. And then everything gets real. A transcendent moment, if you will, when you finally unearth the film, you were waiting for, always wondering if it would ever come. A piece that encompasses everything you are looking for: a daring, original film, a film that conveys personality, emotion, experience, something universal. A film that you absolutely want to show the audience, hoping future audiences will be as moved and impacted as you have been when you first discovered it. A serendipitous moment that happens once in a blue moon, pardon my (telling) cliché.

It happened for Valérie Donzelli’s second feature, Declaration of War in 2011. A cathartic, personal drama about the disease that affected the director’s son and that never wallows in self-indulgence or lament. This upbeat, colourful, intoxicating film burst out of the CNC screen one afternoon. It left us speechless. Well, not for long, as at the end of the screening, we, the tongue-tied viewers, broke out in eager support of the film. We needed that film, for sure. This obvious hit was immediately cause for concern. Wasn’t the Official Selection or the Directors’ Fortnight going to choose this film (as well they should)? An odd, exciting - yet unsettling - stretch ensued. On the edge of our seat, day in day out, we finally saw the happy end to that story. But the hardest was yet to come. A selection is indeed a delicate balance; not placed where it should be, the most remarkable film can be completely overlooked.

Once the selection committee was absolutely certain of their selection for the 50th edition, the committee and Jean-Christophe Berjon, our artistic director at the time, chose that film for the opening ceremony of this anniversary edition. Although it was a wise move, there was a risk: in the excitement (and the great number) of opening nights that kick off the Cannes Film Festival every year, would this powerful film resonate as much as it deserved? It did much more than that. It was a triumph. The tidal wave of emotions started at the Miramar before spreading its nurturing wave up and down the promenade. Our hopes had been fulfilled. People didn’t just like it, they loved it. Just as much as we had loved it two months earlier. People were overwhelmed and bewitched by this ardent, earnest piece and its trust in the art of cinema. All of a sudden, we were no longer scared nor tired (500 films in three months does take something out of you). La Semaine de la Critique was launched with a bang and that edition, as many more, was a memorable success. 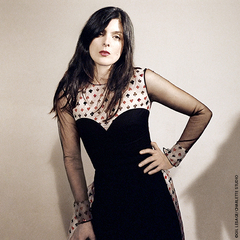