About Jodilerks Dela Cruz, Employee of the Month

When a young director's tone is deliberately offbeat as he tackles the (harsh) social realities of his country, the outcome is Jodilerks Dela Cruz, Employee of the Month, a punk, explosive and desperate film, a mix of black humour and spine-chilling observation. In order to weave his dense and on the edge narrative, Carlo Francisco Manatad masterly plays with stripped-back and juxtaposed shots, using highly accurate cutting, thus conveying meaning but also the cathartic distance. Despite its inherent darkness, he manages to instil crazy, redeeming and even contagious energy into his story. 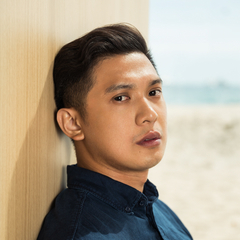