Amor, Avenidas Novas starts off as a photo story and ends as an emphatically kitsch musical number. In between, Duarte Coimbra weaves an endearing and fun pop film that proves irresistibly charming and honest, telling a love story as if he were the very first one to do so. In a single, touching, odd and inventive undertaking, he conveys the life of a city and of a neighbourhood, he reinvents the limits of romance and proves, yet again, that bringing wonder into our lives is part of the very essence of films. 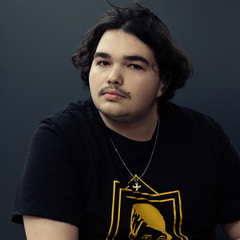