Johannes Sjärne Nilsson and Ola Simonsson shaped their universes with bold short films. In my youth, I dedicated a lot of my time to making cartoons. For me cartooning and filmmaking are in many ways related, both being visual medias dependent on framing, tempo and perfect timing. During my studies at design school my interest for filmmaking grew deeper as the ultimate combination of these both worlds. The second one adds: I never planned to be a filmmaker. I studied music, learning all possible rules of the art. But rules can make you unfree. When we started making films, we had no rules. We never went to film school. We did what we liked.
Since 2001, they had a great success with Music for One Apartment and Six Drummers, their second short, presented in Competition at the Cannes Film Festival, which won many international awards. When they shot their first feature, they made sure to stay true to themselves: The strategy was to think no different; we follow the ideas that make our brains tick. We set out to make a film with music and sound playing the leading parts. If they had to sum up cinema in three words: Complicated. To. Make. ! After two shorts presented at La Semaine de la Critique (the last one was Woman and Gramophone in 2006), they are thrilled to be back in Cannes: It is like coming home. When we've been in the Critics’ Week we have always been close to the audience, we like that. We look forward to meeting the audience again to hear their interpretation of our film. This is most often far more interesting than our own.
And what about this title? Were they traumatized by Simon & Garfunkel? No, but we never got over their split-up. The title is a tribute to Sound of Music, the best movie of all times. 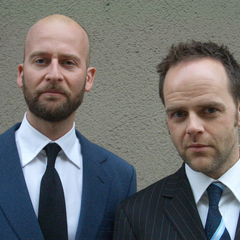