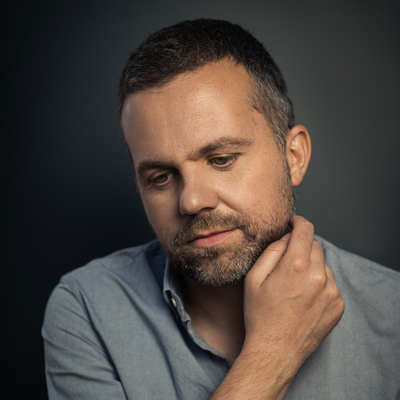 Interview with the director Yann Gonzalez

A certain idea of ….

... Romanticism
"One shouldn't be scared of emotion. As a spectator, it is for me a fundemental part of watching films: I like going to the cinema to cry. You and the Night was born in part at a time during which I had delved deep into the 1920s and its avant-garde literature, especially Mireille Havet, who was close to Cocteau, and tragic and romanesque lifestyles. Her writing really inspired me to write the script, in fact, I borrowed the title of one of her novels for my film".

... Artifice
"I have always been moved by the truth that emanates from films through artifice. Cinema is first and foremost artificial, that needs to be accepted, we shouldn't go through a picture of reality. Playing with artifice is a good way to avoid bias, to be franc with the viewer. They have the right to follow you or not, but knowing where they stand".

... Transgression
"You and the Night was set up in order to bring together actors working remotely to create on screen a community of people who get together despite the stagnation of today's world and the harshness of contemporary society. The people resist this; they go back to notions that are dear to me, those of friendship and family. Even though in this case we are revisiting the idea of a family unit: crazy, as transgressive as possible. These people have a second degree attitude towards themselves; I don't. Although it's important for their development to be aware of the ridicule they might project, I think I constantly have a very sincere view of them".

Les rencontres d'après minuit You and the night