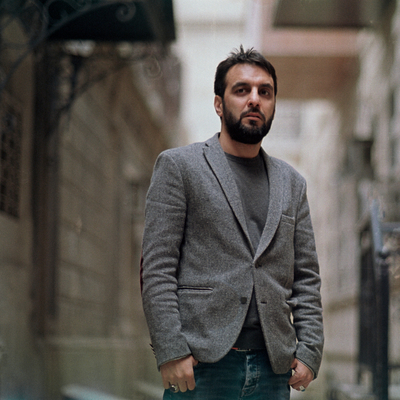 I wanted to film a story about a pristine solitude that flows in a surrounding atmosphere when communication, even between close people, is almost entirely irrelevant, when physical proximity means little and words have lost their value. It took me a while to visualize these feelings and give them a narrative shape with the final touches that came in a dream.

The story of the main couple is also implicitly about social differences and origins. Why was it important to add that dimension to the story?

In our everyday life most of people communicate not with each other but with labels that surround them: ranks, titles, gender, class, nationality, you name it. Sometimes even the spirituality – which in its core is supposed to free us from the dictatorship of labels – creates additional ones.
It is extremely hard to find a direct way to another human being, to be sure that you are talking about the very same thing, and that you’ve been properly understood.Different origins that my characters came from are external representation of much deeper discrepancies they carry in themselves.

What were your artistic choices, for example during the sequences in the car?

One of the important artistic choices I made in this film was not to show a person speaking in a frame. I don’t know why, but it severely irritates me to see people talking in front of a camera and hearing their voices at the same time, at least, in my own films. With regards to the car sequence in the beginning, my idea was to transmit a decaying pattern of this relationship via the images and rhythms of the congested roads of Baku.