Interview with the director Katia Lewkowicz

Actress or film-maker?
My very first love is texts; which incidentally led me to acting. The idea of directing a movie came later, through my relationship with the audience. It was while I was wondering how I could trigger and convey emotions that the desire to be behind the camera was born.

Benjamin Biolay
Meeting Benjamin Biolay has been crucial because I felt there was such a gap between his public image and the person I met that it summoned up my inspiration. I’ve been sensitive to his feminine side, to his gentleness and his intelligence. At first, I directed him in a short film for the ‘Write for a Singer’ Collection on Canal+, then we both felt we could move on to a feature.

Premarital comedy
I wanted to write a story where the character could be apprehended by the senses. To be exclusively dealing with his feelings. I needed a period limited in time and acting as a catalyst. Four days prior to a wedding looked like a good track to follow. Then the desire to play with the codes of the romantic comedy came in.

A bitter-sweet tone
Comedy is part of my personality. I look at things with the feeling I have to laugh at them; for according to me, there is no other way to move forward. It [comedy] allows to voice things, to gain the audience’s interest and to get your point across without sounding academic or conceited. And if the film ends on a touch of bitterness, it’s because of this feeling I have that, even with a happy end, something inside the story always has a sad ending somehow. 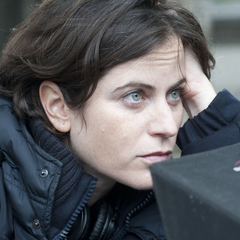