Interview with the director Jonas Carpignano

Where does the urge to make this film come from?
My mother is African-American and my father is Italian. Therefore, when the first Italian racial riots took place in 2010 in Rosarno, I rushed to Calabria to get a better grasp of the situation. At first, I wanted to make a short film about the revolt, but eventually, after meeting Koudous Seihon (Ayiva), I knew I would make a feature film dealing with the different aspects of the incident.

How would you describe the two main characters?
Ayiva and Abas are the two faces of the same person, like the two sides of the same coin. Ayiva is the more mature and responsible one, but also the more troubled. Abas is the livelier of the two, capable of benefiting from the joys of the moment without thinking of further consequences. The two friends often fight, but neither of them can make it without the other. They represent two complementary paths in facing life in a foreign country.

Your film focuses on how Italy welcomes migrants.
It is what interested me the most. We think we know already about their journeys: the crossing and then the hundreds of Africans reaching our shores by boat each year, but we ignore what comes afterwards. For me, this was the starting point. I also wanted to pin down the ambiguity of compassion and how it sometimes turns into a patronizing attitude, which may well come from a lack of knowledge. The immigrant is not just an outsider, the feared or celebrated stranger, depending on one’s ideological beliefs, but he is a component of growing importance in our globalized world. That is why the title, Mediterranea, is a plural, standing for this meeting ground, this space of conflicts, and most of all, this place that cannot be defined according to its borders. 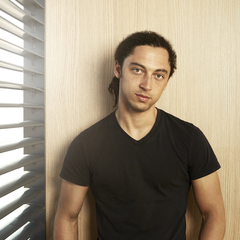