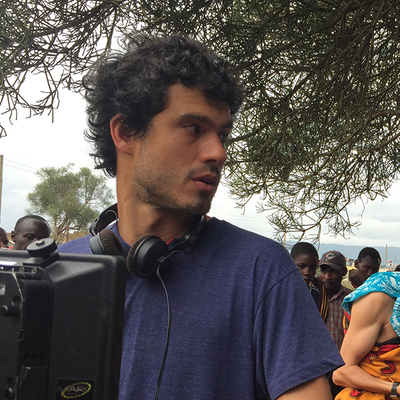 “Gabriel was one of my classmates and friends. He disappeared in 2009. His story is well-known in Brazil. I figure that his idealism touched people. I couldn’t tell in the beginning, but now it seems to me reminiscent of Voltaire’s Candide. It’s a non-cynical, rather clownish character, that is seldom seen in films. It is also very rare, for us Brazilians, to travel to Africa. Gabriel was searching for a certain well-being that he managed to find and that I also found when I first went there for the first time, in 2007. I could have been Gabriel.

I understood I had to film the real people Gabriel had met during his journey and record their testimonies as I encountered them during the location research. But I wanted to make a fiction film. I had a script, written scenes which contained what happened to Gabriel in a 70 days’ time lapse. I didn’t show the script to the actors during the shooting. I wanted to preserve them free so they could improvise. The process was thus quite natural and magical. It gives to the film a documentary side, although it has a fictional form.

All those I met said how Gabriel used to be naive and arrogant. It comes as a consequence of our upbringing among the Brazilian bourgeoisie. A Catholic education, a masculine one, teaching you that you are very special, the embodiment of what Brazil has best to offer. Nevertheless, Gabriel is not a traveller like you and me. He followed through his ideas, he lived and shared his life with very poor. Whoever grew up in Rio in the ’80s and ’90s has been touched by the prevailing inequities of that time. Living a wealthy life whereas social misery was raging, produced a strong feeling of guilt. In this respect, Gabriel e a montanha (Gabriel and the Mountain) continues in the vein of my previous film, Casa Grande.” 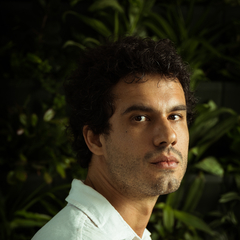