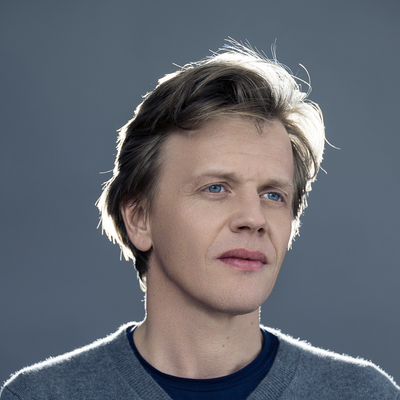 “Having learned my lessons from my first film (“Le Talent de mes amis”), I was looking for another way to restrict myself financially. With the years, I have noticed that when I focus on drawing portraits, whether it be on stage or for my Catherine et Liliane sketches, people are moved. Moreover, I wanted to work on the idea of time, as I am obsessed with it. What does it mean to have a senior card, or not? Who’s whose loser? What does it mean to make it?

Guy can 'look behind his shoulder' as Françoise Sagan put it. It isn’t built on a reference, it’s a puzzle of possibilities in the entertainment industry. It bridges the gap between the likes of Joe Dassin, Enrico Macias, Herbert Leonard, Francis Cabrel, etc. The character is born out of several gestures: the obsession with hair, the half-open mouth that he always checks using his thumb and index finger, the stare, the time taken to do the sound and image checks. He’s both slow and flamboyant.

Guy could be said to be a mockufiction, a mockumentary, or whatever you want to call it. The film has got a specific style but, if you pay attention, it’s a novel: it’s all made up. And I do this job to make things up. Except that we are living in odd times, where everything new is 'inspired by', or 'a tribute to' something else. The song Dadidou is both beautiful and cheesy, heart-breaking and jolly, upbeat and sad, and sums the film up perfectly: you chuckle and then, suddenly, you get smacked in the face because it tells the love story of his life, the best and also the worst he ever lived.” 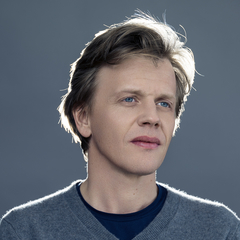