Los Angeles, in the backroom of a motel where clandestine workers struggle for survival. The fates of three immigrant women intermingle, drifting ever away from what their American dream used to be. The director herself left India behind for the United States when she was thirteen. Sonejuhi Sinha discovers cinema at the university and follows the visual influence of Rosetta by the Dardenne brothers to capture her main character, as well as the colors in Won Kar-wai films in the choice of her setting. An intimate atmosphere where a spine-chilling drama takes place. 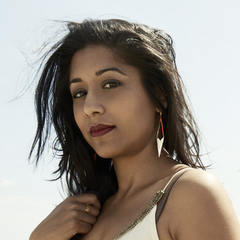