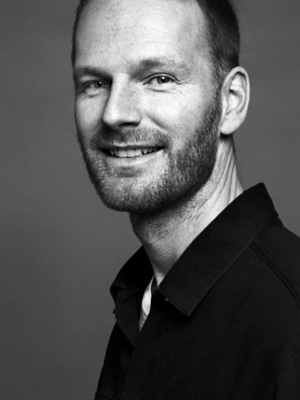 After three short films, Joachim Trier's work was brought to public attention when he released his first feature, Reprise, a clever and ambitious exploration of friendship between two young men. In 2011, the talented young director left his mark on the Croisette with his take on solitude in the film Oslo, August 31, his second feature, a profoundly melancholic effort screened as part of the Un Certain Regard selection. He returned to the Official Selection in 2015 with the beautifully eerie Louder than Bombs, an examination of a dysfunctional family starring Isabelle Huppert, Jesse Eisenberg and Gabriel Byrne. 2017 saw the release of Thelma, his first foray into the supernatural genre to explore issues around self-acceptance. The film was screened at the Toronto Film Festival and was nominated at the 2017 Oscars in the foreign film category.

Throughout his four feature films, Joachim Trier, a master at revealing intimacy on film, has built a spectacular body of work that bears witness to the murkiest and most secret aspects of the human condition. 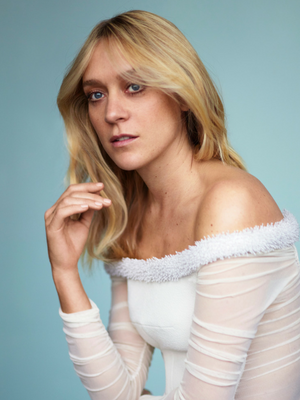 Chloë Sevigny is an Academy Award-nominated and Golden Globe-winning actress who is known for her groundbreaking work across film, television and theatre. She has spent her career working with innovative and revolutionary filmmakers including Lars von Trier, Jim Jarmusch, Mary Harron, and David Fincher. Her recent work includes Lean On Pete, directed by Andrew Haigh, Golden Exits, directed by Alex Ross Perry, and Miguel Arteta’s Beatriz at Dinner. Lizzie, which premiered at Sundance after being developed and produced by Chloë Sevigny, will be released by Roadside Attractions in late 2018. She has directed two short films: Kitty, which debuted at La Semaine de la Critique (Cannes 2016) and Carmen, at Venice in 2017. Chloë Sevigny has also appeared in many celebrated independent and cult-favorite films like The Last Days of Disco, American Psycho, Gummo, Dogville, and Broken Flowers. She made her film debut in the controversial Kids, followed by Boys Don’t Cry, for which she received nominations for the Academy Award and a Golden Globe amongst others. 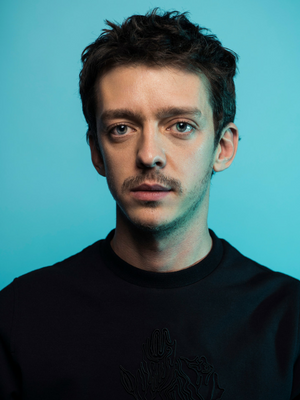 Argentinian actor Nahuel Pérez Biscayart joined the Buenos Aires School of Fine Arts before training in private comedy workshops. He went on to perform in a series of plays and films both for cinema and television in Argentina. Aged only 21, he was awarded the Rolex bursary, which took him to New York where he joined Kate Valk's company, The Wooster Group.  In 2008, back in Argentina, a part in Pablo Fendrik's La Sangre Brota (Semaine de la Critique, Cannes 2008) brought him to the public's attention. During a trip to Paris, Benoît Jacquot got in touch to offer him the main part in Deep in the Woods, which premiered at the Locarno Festival in 2010.  In 2014, he starred in Rebecca Zlotowski's Grand Central. The film was screened at the Cannes Film Festival as part of the Un Certain Regard competition. Nahuel Pérez Biscayart was then cast in David Lambert's All Yours in Belgium, a role that won him an award at the Karlovy Vary Festival. 2017 saw him return to the silver screen in France, starring in Albert Dupontel's See You Up There and Robin Campillo's 120 Beats Per Minute (2017 Cannes Grand Prize), in which he played the role of Sean, a charismatic member of Act-Up Paris in the early 90s. The role won him Best Male Newcomer at the 2018 César awards. 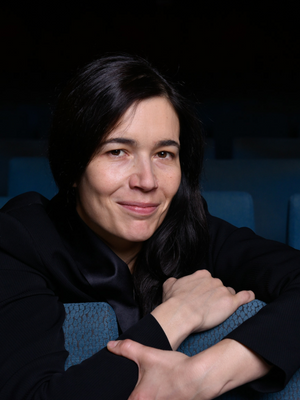 Eva Sangiorgi has worked as programmer and invited curator for different festivals in the last ten years such as FICCO Mexico City, Iberoamericana in Italy, Werkleiz in Germany, Los Cabos in Mexico, among others. She graduated in 2005 after studying Communication Sciences at the University of Bologna in Italy and then completed her academic training in 2017 by studying History of Art at the National Autonomous University of Mexico. In April 2010, she founded FICUNAM, International Film Festival of the National Autonomous University of Mexico. Since 2012, she has been invited as jury member in several film festivals around the world like FIDMarseille, Doclisboa and Mar del Plata. Eva Sangiorgi is alos a publicist, a producer and a lecturer in film studies. In January, she was appointed the new Viennale director. 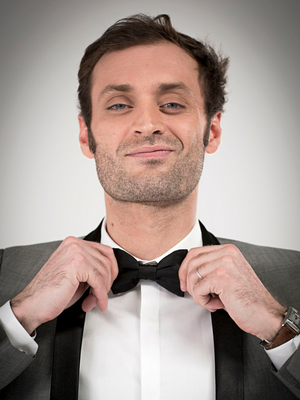 Augustin Trapenard is a French academic, literary reviewer and culture journalist. He studied English and American literature at the École Normale Supérieure, where he started his teaching career as a graduate tutor. In the course of his research, he spent one year as a visiting scholar at the University of California (Berkeley). He has written for the famous magazine Elle and the Magazine Littéraire and was also in charge of the literary chronicles on several radio stations, including Nova, France 24 and France Culture's Le Carnet d'Or. For five years, he was also a cultural and literary reviewer for the popular TV show Le Grand Journal. He is now a distinguished literary and film critic, hosting Boomerang, a daily culture show on French national radio station France Inter, and two shows on French TV channel Canal+, the monthly literary programme 21 cm and the film review programme Le Cercle. He currently lives and works in Paris.