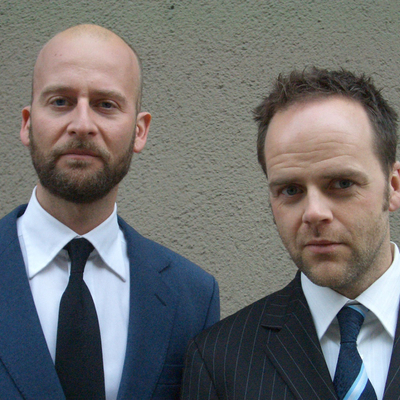 Johannes Stjärne Nilsson is a swiddish director, producer and screenwriter. He has a MFA in Industrial design at the National College of Arts and Crafts in Stockholm and is also a graphic designer and illustrator.

Ola Simonsson is a swiddish director, actor and screenwriter. He has a MFA at Malmö Music Academy and is also a musician and singer.

Having founded friendship at age seven, they started the production company Kostr-Film in 1995. Together they directed 30 short films and have been nominated in several film festivals. In 2010, their first feature film is presented at La Semaine de la Critique.

Music for One Apartment and Six Drummers

Way of the Flounder 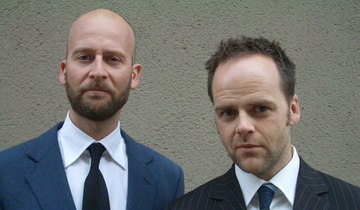