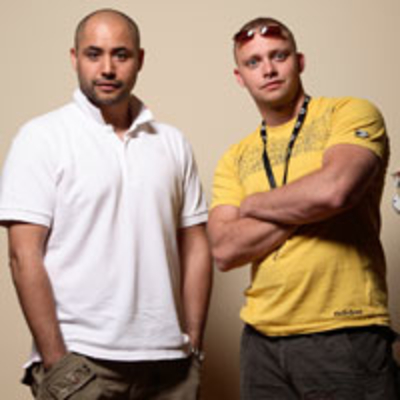 After graduating from the Gobelins in 1997, Albert Pereira-Lazaro directs within Millmages 2D animation series since 1998, which have earned him numerous international prizes such as the Pulcinella in 1999 and 2004, 2000 Children Bafta for Best international animation program, 2002 British Animation Award.  Emmanuel Klotz was the first assistant on 64 Zoo Lane and Pablo The Little Red Fox, two animation series directed by Albert. After graduating from the Gobelins in 2001, Emmanuel was in charge of the storyboard of Corneil & Bernie/Watch My Chops. Then, in 2005 Albert and Emmanuel directed together a 2D/3D cartoon film for Arthur’s show « Arthur – en vrai »