After Printed Rainbow, released in 2006, this is Gitanjali Rao's second offering at La Semaine de la Critique. Once again, she celebrates the richness of Indian cinema, through the rare and precious art of animation. Here again, reality and its double collide as the very real romance between one of the street girls and a wretch is disembodied by the latter’s imagination of Bollywood. This is both a disenchanted but enchanting film on the illusions and beauty of cinema and on the unfortunate social circumstances of the country. TrueLoveStory reminds us of those great melodramas where love and lust are continually surrounded by a whiff of death. 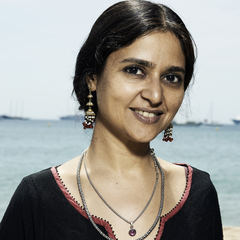