Naël Marandin takes it up a notch in his second feature film after She Walks. The title, Beasts, lays it all out: this is a fiercely tense human epic, steeped in farm land and male domination. The filmmaker conveys a gripping story afflicted by hushed, insidious violence the hold one has over another and that leads to abuse. However, it is a woman who’s at the very core of the film, Constance bears each and every blow, and refuses to give up. The mesmerizing Diane Rouxel gives the main character body and soul, as she is surrounded by a remarkable cast: Jalil Lespert, Olivier Gourmet, Finnegan Oldfield and Sophie Cattani. 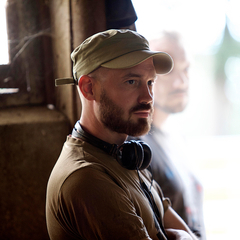