Interview with the director Boo Junfeng

Could you tell us about your education : how do you have ended up making films, what made you first want to make film (a cinema school, an experience assisting a director… ?) and what kind of cinema (films, directors) inspired you ?
I first wanted to make films ever since I was in high school. I was very fascinated by the world of make-belief and always enjoyed watching behind-the-scenes documentaries of narrative films. I went to film school at 17 and fell in love with what I was learning. Films by Hou Hsiao Hsien and Edward Yang inspired me lot. I attended the Asian Film Academy in 2005 when Hou Hsiao Hsien was the dean and learned a lot from him.

About the topic of the film, the screenplay : In which extent Family can be an appropriate mean to evoke a country’s history and its repressed memories (the independence, being a communist…)
There's a Chinese saying that goes: In every family, there's a difficult chapter to read. I believe there are chapters in Singapore's history that remain unresolved, and as with most Asian families, we just don't talk about them. People forget the past for the sake of moving on with life. Although fictitious, the back-story of the family in the film was inspired by the political uprising of the Chinese-educated in Singapore in the 1950s and 1960s. They were patriotic, anti-colonial and left-leaning. Students as young as 14 had ideological convictions so strong that they would boycott exams, organise rallies and stage protests. This is the chapter in history that continues to haunt the family in Sandcastle.

Who are the actors of the film, where do they come from, how have they been chosen ?
The cast consists of a mix of actors and non-actors - which was my intention. For the lead role, we picked Joshua Tan – a bassist from a Singapore band The Fire Fight. I invited him to come for auditions even though had never acted before and hardly spoke a word of Mandarin. When he came in to try out the role, I saw that he had an engaging presence on screen and was able to display a certain nonchalance that was essential to the character. Thereafter, we went through a month of workshops to get the tone of his performance right. The most delicate and complex relationship in the film is between mother and son. That is where we focused most of our energy on during rehearsals. Elena is a veteran actress who has been trained in both theatre and TV. It was very interesting workshopping with her and Josh; finding the chemistry between them. I learned a lot myself. 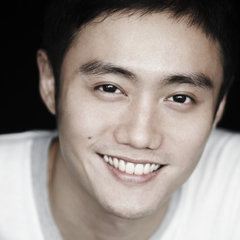